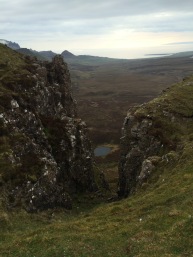 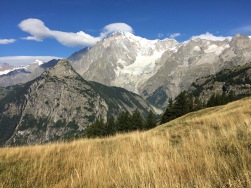 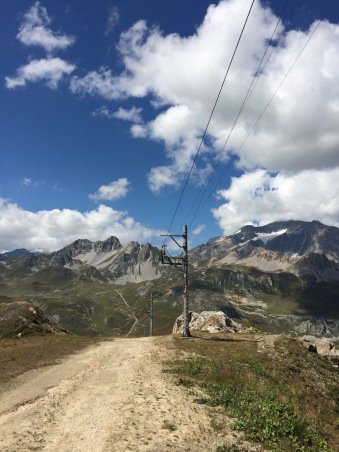 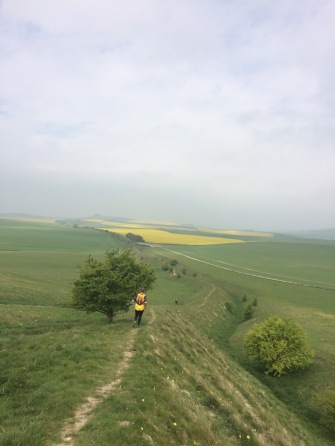 Skye Trail Ultra (The Ridge)
‘It’s this way’ I called over to Neil and pointed southwards and then I looked down, the descent was terrifying and amazing in the same instant, being awestruck though was soon replaced by the reality that I had to descend this.

SainteLyon (highest point)
From the viewing point, at 3am on a cold December morning, I stopped to turn back and watch the twinkling of thousands of head torches in the distance gently lighting up the trail. C’est magnifique!

St Peters Way (The final push)
Darkness was upon me and a gale blew me from pillar to post. The gentle final shaft of light cast a foreboding shadow of the finish line and church in the distance. It was the most beautiful finish.

Vigo ‘Tough Love’ 10 (That Hill)
‘Don’t worry, it’s not that bad’ said an older fell running type when describing the final hill of the Vigo 10. With absolute clarity I remember creaking my neck skywards to see the top of the hill, what a sight, what a hill, what a route!

What do all these things have common? Well they were my first experience of some section of a race route and always under race conditions and most importantly the first sight of some of the most spectacular views available.

I’ve often gone back to races I’ve loved – Vigo (favourite race) and the SainteLyon (favourite ultra) are prime examples but no matter how much I love these races none of them will be able to capture the awe, joy and delight I had as I saw the route for the first time. There is something special about your first time, even if it’s not your best result at that race or it doesn’t go to plan – there’s magic in a first go at any race.

Racing fresh
I would be lying if I said I had never done a recce but on the few occasions I have I’ve found that rather than enhance my experience of a race it actually takes something away from it. Perhaps it is that when you live for the unknown, the discovery and the curiosity then having those things taken away in race removes the enjoyment (for me).

The thing is I have a belief that there is nothing better than the first moment I pass across an amazing vista, run an amazing piece of trail, soak myself in a muddy puddle and lightning, in my opinion, never strikes twice.

It’s for this reason that I don’t get running a race route in preparation. I mean why would you?

Obviously…
I understand if you’re at the front of the pack chasing the prize of a win or a high placing – you want every advantage possible and knowing where you are headed and what you’ll face will certainly count as an advantage. But if you’re a bit like me, middle of the pack bimbler, then maybe like me, you’re there for the experience of being amazed and challenged. I wonder if you any of you feel that foreknowledge of a route can deflate the joy of that?

There is a solution…
For those that want it though there is an obvious solution to save the route while at the same time condition oneself to the terrain you’re running and that’s simply to run in as close to race conditions as possible. When I rocked up to the CCC I went running in mountains that might mimic the conditions I’d face but I didn’t go anywhere near the Monte Bianco until race day.

When I ran The Wall I spent the week prior running in the rain soaked Lake District bouncing around Grizedale, Skafell Pike and others but I didn’t get near the north of the Lakes to tackle the route.

I’d therefore picked up a bit of relevant local information without compromising my enjoyment of the event – but this isn’t always practical when you race a lot or the location is a bazillion miles away. I just don’t worry about it (that said my arse is a bit quivery about having never run on the Brecon Beacons next weekend!)

Surprise yourself… I guess I’m not suggesting that you give up the preparation for races – that would be silly and counter productive for many but I’ve met lots of runners who get so caught up in the detail of a race that they forget to look up and admire their surrounds and the last time I checked running was supposed to be fun. During Escape From Meriden I met a young gentleman who when I asked why this race, he responded, ‘well you get to see new things don’t you?’. I couldn’t have put it better myself.

So with the weekend upon us, whether you are racing or not maybe go left instead of right, look upwards instead of down and make sure you ‘see new things, lots of them!’