Finding races that you can take a buggy to are, it seems, becoming harder. I’ve now been turned down entry to half a dozen 10kms from the start of 2016 through to the end of February. I also came across a message board (http://www.runnersworld.co.uk/forum/general-running/baby/buggy-friendly-races/251971.html) that was a little hostile to a parent looking for buggy friendly races. What gives? 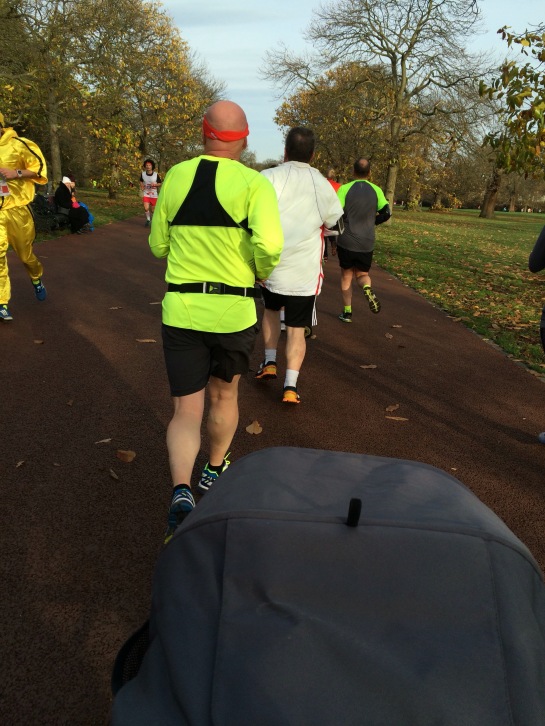 From the organisers perspective I can understand it, insurance, liabilities, accidents and the like but the attitude of some of the runners has given me some concerns about the general attitude towards parent and baby/buggy runners.

Issues were raised such as: Baby will be bored; You’re a danger to other runners; this is a race not a nursery. I always believed that running was the most inclusive sport around, some of the things I’ve read recently lead me think otherwise.

As a parent who runs a lot and runs a reasonable amount with UltraBaby I want her to experience race days, the outdoors, the wind, warmth and rain. I want her to collect medals and be part of something that I enjoy. It’s not the only activity we do together, we paint, walk the dog, build duplo, read, dance, sing, hike and all the other good things that you should do with a child. But I’d also like to race with her. Does that seem to much to ask running community? As my daughter ran around the registration area of Country to Capital this weekend she was fascinated by the huge collection of runners, colours of clothing and insane footwear – we kept her mainly under control but this kind of experience will hopefully leave a positive impression on her for the rest of her life. She didn’t race obviously which is why we look for shorter stuff so she can be a participant.

There was/is a buggy/parent run held at Bluewater in Kent and if it returns I may well enter it – but in truth I don’t want to be segregated – I’d like to be part of normal races. I take my hat off to the Movember organisers who welcomed my daughter and I to the start line with open arms. SVN events should also be applauded for their child and parent friendly attitude. They have always made great strides to accommodate my desire to run with UltraBaby. I’ll concede that there are races out there for those of who want to do something like this but I’d like some choice.

I’ve been lucky I’ve been quite lucky to race with my daughter five or six times since she was born on September of 2014 and we always start at the tail end of a race, we don’t overtake until the race is suitably spread out and we always take the more challenging path round people. I’ve had lovely feedback from other runners while I have been racing, we’ve never caused an accident involving another runner (I have clipped a few curbs with the buggy) and we always finish in a respectable time (5km 21-25mins, 10km 48-56mins, Half 1:50-2:10hrs). Let us in! Damn you! 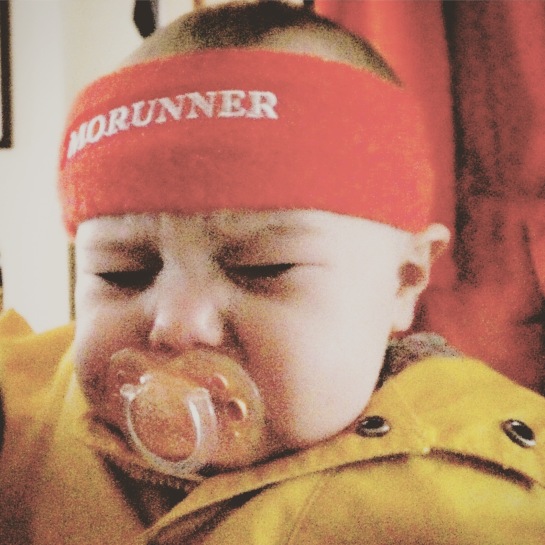 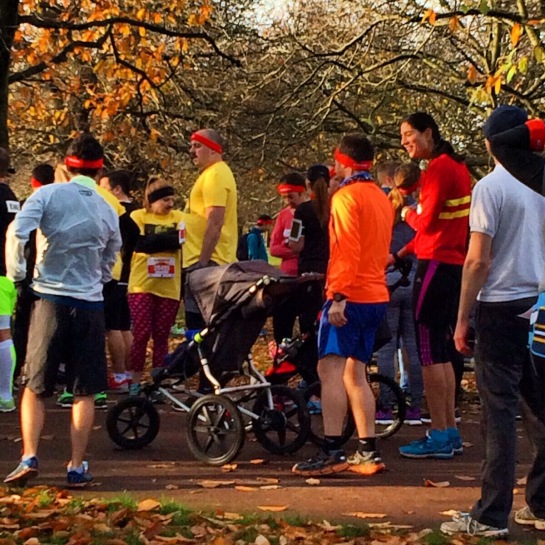 A dollop of realism? I’m enough of a realist though to know that ‘league’ events or tough muddy events probably aren’t the right environment for parent and baby runners but all the events I’ve been refused entry to have been on paths, parks and the like. I suppose it saddens me a little bit to be excluded. I don’t want to have a go at events that won’t allow ‘UltraTeam’ in, it’s their loss as far as I’m concerned but I’d like more races to consider parents starting out, for whom racing remains part of their daily routine. It’s also worth remembering that these races are often in public spaces where I’d be a much bigger danger out for a gentle run going against the flow of race traffic than in the race itself. 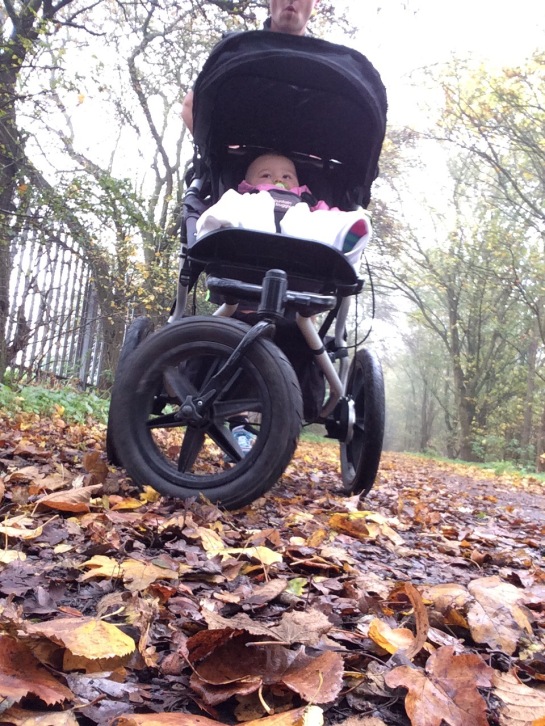 Go to a Parkrun I hear you cry! I do. and UltraBaby and I usually run somewhere between 21 and 25 minutes (course dependent) and I’ve yet to take anyone’s legs, nor clip anyone’s heels. The problem is with Parkrun that a) there’s no medal and b) it’s only 5km … and yes I could extend the run out but I don’t really fancy the #GingaNinja using her home craft skills to make me a papier-mâché medal.

Anyway I’ll keep looking but I wonder if anyone else has had similar problems finding running events that you and your young child can share.