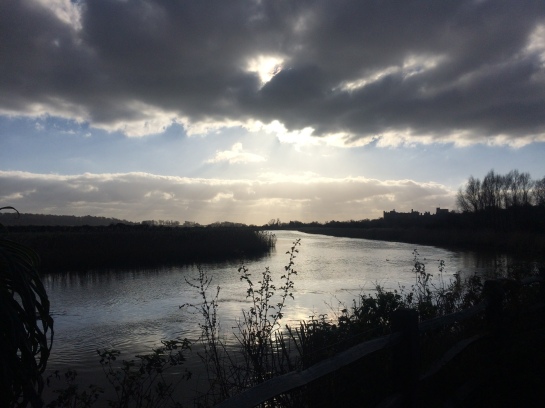 Haria Extreme was without doubt one of the most glorious races I’ve ever run in but I did pay a price. The calf that forced my retirement from the event and the bleeding shin that also contributed to it meant I had needed a rest and our trip to Lanzarote had been many things but restful wasn’t one of them.

I had however, several months earlier, entered the inaugural Mouth to Mouth race – a 28 mile trail race across the South Downs and the south coast. The event hosted by Sussex Trail Events had been on my radar for a little while before entering as it would serve as a nice year ender as well as take my mind off the fact I had not returned to the SainteLyon this year (which took place on the same day). The only problem was it was a mere week after returning from holiday and my calf and shin still felt very tender, on the positive side though training had gone very well in the five days leading up to the race so I figured what the heck and rolled up the chilly Shoreham start line ready to run.

This was one of those races that the phrase, ‘brave hardy souls’ might apply to the people that turned up. Lots of runners had their legs out, me included, but we had clear skies and a crisp day with which to run – it seemed perfect. Therefore, when the race kicked off I drifted quickly from the back to the middle of the pack and happily stayed there for a while. Not being much of a racer these days I had decided that this would be a pleasant stroll through some wonderful English landscapes. Notably as we left Shoreham I could see in the distance all the finery of the south coast awaiting us and I was very pleased to be here – running somewhere new.

I hadn’t really realised until I looked down at my watch that I was running at around 10/11km per hour, much faster than is normal for me on these kind of events and so I slowed up a little not wishing to blow up later in the event but as 15km came knocking on my Suunto I was still making (by my standards) fabulous time. There was a gentle air of confidence that took over and I could see myself overtaking people, not that often but enough to make up for a slow start and part of me wondered if I might run a decent time.
At around the time I was beginning to swagger and enjoy the race but I also took note of a different issue: my stomach was doing cartwheels and I could feel a swelling in my lower regions that indicated I was in need of some ‘facilities’. Thankfully I wasn’t super desperate but it was worrying. Regardless I ploughed on past the 18km mark, 20km fell before my new found prowess and then, all of a sudden I was stopped by a sharp series of pain in my guts. Bent double I rested on the trail for a minute not daring to sit though as pressure on my arse might just have evacuated the contents.

A few deep breathing exercises and I was moving again but now I was moving more slowly, I was walking and all the progress I had made was being undone.

I called the GingaNinja to see if she was in the region and could perhaps meet me with some tissue but she was over 50 minutes away and in the queue to see Santa with UltraBaby. So I hung up and started considering my situation – 25km to go, hmmm I wasn’t going to make it like this. Ask Twitter? Good idea. Twitter suggested everything from socks to buffs through to wiping my arse on the great green earth.

I kept looking down at my two buffs, one on each wrist, the first was bought in the glow of my finish of the Skye Trail Ultra and with it I carried many happy memories, the other was brand new but was a gift from my daughter. It mattered not anyway there were too many runners around and nowhere to be discreet. At about 26km in though the situation reaching critical mass. One way or another this was coming out whether I chose to or not. I let a group of runners go by me, another dozen or so and I found a single thorny tree to cower behind and give leave behind a deposit.

I shan’t go in to how I resolved the ’tissue issue’ but let’s say it’ll never happen again that I forget my tissues. With the evacuation complete I figured I’d be able to continue untainted by problems – sadly not exactly. Two new problems arose, mild chaffing and I’d managed to stab myself in the arse on the thorns of the single bush large enough to partially disguise me. The fact my stomach was still giving me a good kicking was of little consequence I had to make a decision a) call it a day at the next checkpoint b) hike it c) try and recover some of the lost time over the last 19km and come home strong. 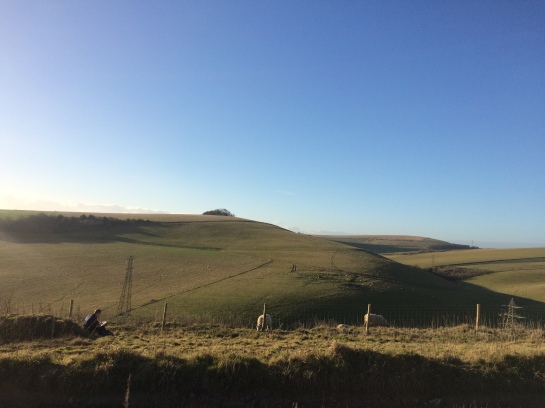 The route had largely levelled off which served the purpose of allowing me to pick up my pace a little again and start to make some progress on those ahead of me. I was pretty furious with my idiot body but now I urged it on. I passed through the third of the checkpoints where a large group of runners had congregated, I stopped for some Cola and headed out at pretty much the same time as then but I was still feeling leaden.

Another short stop followed to let stomach griping pass and then onwards. I saw the next piece of tape and followed it into a wooded section but then the GPX file was pointing me a completely different way. I sprinted ahead to try and catch the runners ahead but they weren’t there, after about 400 metres I turned back and headed to where I had turned in – it looked right. I searched for clues but none were forthcoming. I started off again, but now slightly panicked, do I follow the river or do I follow the tape? Thankfully the decision was taken out of my hands when a runner came bounding towards me and growled, ‘THIS WAY’.

Here out by the river I thought the route was at its most beautiful. Trees overhanging, the river around us and an uncomplicated trail. Save for my companion, who had now dropped back, I was quite alone and it felt truly wonderful. But tranquility was at a premium when I remembered to keep running and so I pressed on through to the next checkpoint on the far side of a riverside pub – if only that had been there 90 minutes ago I thought!

I thanked the volunteers for their incredible friendliness and then made haste to home. The route had one final delightful surprise for the runners though and that was Arundel – a picture postcard of a town with castles, Market and all the things that say ‘Classic English’. It could have come straight from an Agatha Christie or P G Wodehouse it was a delight. But then the route threw one last challenge at us, with just a couple of kilometres to go the wind started whipping around us – a headwind.

I pulled my buff around my neck and my spare buff went back on my head. Thankfully neither had been used in my earlier evacuation. With the metres counting down I could see the outline of what could be Littlehampton Marina and this was confirmed by a runner who called over to say ‘about a mile to go, keep running’.

I took his advice and then pressed the pursuit mode as a runner who had gotten away from me was in my sights. We arrived at the car park edge together but with something to prove to myself I hurled myself away from him in a feat of sprinting.

In the distance, with my lungs now burning, I could see UltraBaby and I threw her a big wave or three as I then flew past her. BOOM, I crossed the finish line to whoops and cheers as I sprinted beyond the finish.

I lay on the floor and whined. What a day I’d had!

Organisation
Everything ran smoothly as far as the runners could see and it was a professional but informal approach. Appearing as relaxed as they did takes skill and making the difficult look effortless appeared like it was second nature to the organisers

Support
Aid stations about every 5 miles and lots of good stuff available – the hot cross buns were a revelation, one of the better aid station setups I’ve seen over the last couple of years. I mostly stucj with Cola but if you wanted sweet or savoury there seemed something for you.

Awards
Medal and some hot foot at the end. Keep it simple, medal was nice, formed part of a interlocking series of medals (I just have the one). It was a low key event and this seemed the right level of reward.

Value for money
Top notch, lots of support, lots of goodies at the aid station, a great race, route and organisation – if you paid a few quid more you certainly would have nothing to grumble at.

Conclusion
Did I have a terrible race because of GI distress? No I didn’t, I had a shitty race for about 90 minutes and 5km as I tried in vain to resolve the issues I was facing but the race itself was a stunning year ender and you would hope that it will return in 2017. There was nothing over the top here, it was very much my kind of race ‘by runners for runners’ and in my search for races that have heart this would score incredibly highly.

If you run Mouth to Mouth or any of the other Sussex Trail Events (click this link for their website) I suspect you’ll have a stunningly good time and go back for more – I know I’m going to. Enjoy