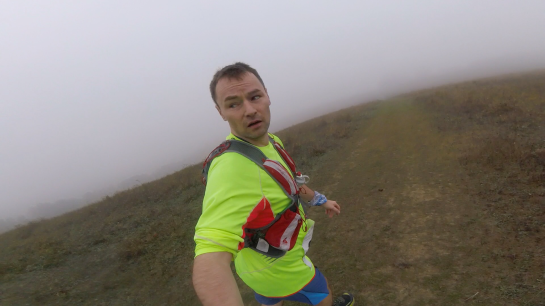 ‘I’m just going to do one lap – see how it holds up’. These were the words I said to Rob just before the kick off of the Vegan Day Challenge when describing my approach to testing my newly knackered calf.

But let me roll back about 13 miles and a dozen nasty hills – it’s 6.25am on a chilly Tuesday morning – I had taken the day off work to go and run a final marathon before Haria Extreme. Seemed like a very good idea, the only problem is that my left calf has been struggling for a little while now and been getting progressively worse, thankfully I’d done something about it.

Anyway I digress, race morning I pulled out the mountain bike and set off on the 13 mile route over to the start line. I knew it was quite hilly and I knew the moist fog and leaves had made the ground a little slick but I found it really hard work getting to the start line. I eventually rolled up covered in muddy spray and a gaunt tired expression that suggested I’d be lucky to make 2.6 miles never mind 26! 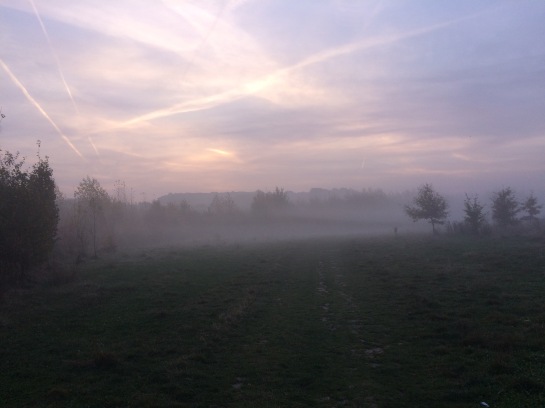 Regardless I listened to the instructions and the information regarding it being the first Vegan Day Challenge, with a vegan inspired checkpoint – at which point I started dreaming of meaty burritos! Then suddenly the brave souls who had come out to play were sent out to run.

I ambled to the back and gingerly moved forward at an unremarkable pace and every time my heart insisted that I put a bit of effort in my head replied ‘You’ve paid a lot of money to run some Lanzarote trails, don’t arse it up again’ and so I would slow back down. I drifted down the first incline and powered up the inclines and my calf was holding up. I decided to add a bit of welly to proceedings and still my calf held up. However, what was clear was that several weeks of absolutely no exercise and a 13 mile hilly MTB ride was really punishing me and so as I came into the checkpoint I laboured over to the checkpoint food and ate my bodyweight in Vegan Rocky Road and Starburst. I chatted a little with the lovely chaps who regularly volunteer but my mood was pretty grim and I felt like ringing the bell to say ‘finished’ but this is why I like SVN events – you have Traviss and Rachel. Traviss advised me to get back out and I did – only moaning a little bit. I strolled up the tarmac bit to reduce the impact on all my old injuries, once back on the trail I resumed what I dare to call ‘Running’.

The next few laps of up and down at the Ranscombe Farm Reserve were thankfully uneventful with only my own lack of self-belief to battle. However, I urged Traviss to not let me stop until the marathon and both he and all the other superb volunteers made it possible for me to keep going. I knew that once I hit lap 5 of 7 I would make it and so it was simply a matter of holding on. 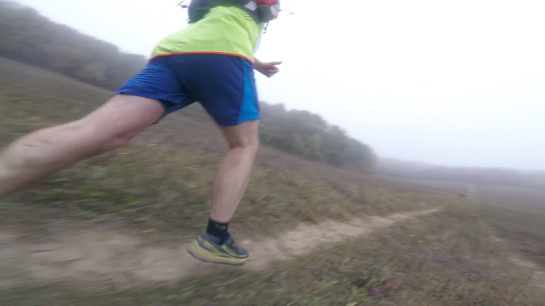 For my 7th and final lap I was joined by Neil, a very nice young gentleman who provided some much needed guilt to get me to the end. ‘I’m not sure I can be bothered to run the last few kilometres, I might just stroll this in’ I said. His response was that I’d made him not feel like running it either and so, despite having nothing in my legs I said, ‘well I feel bad about that, let’s go…’

And so I finally put together a bit of decent running, picking my legs up, bounding along, eventually leaving Neil a few minutes behind. 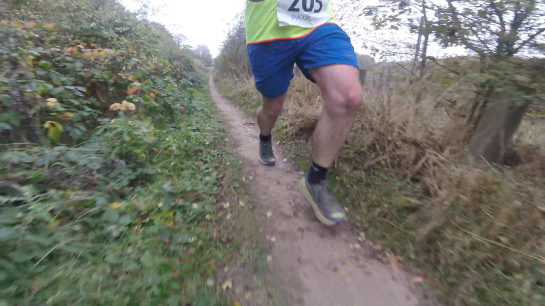 Normally I would hit the afterburner for the final few hundred metres but as I saw The SVN team in the distance I was simply grateful and rather than sprint finish I bundled myself home. 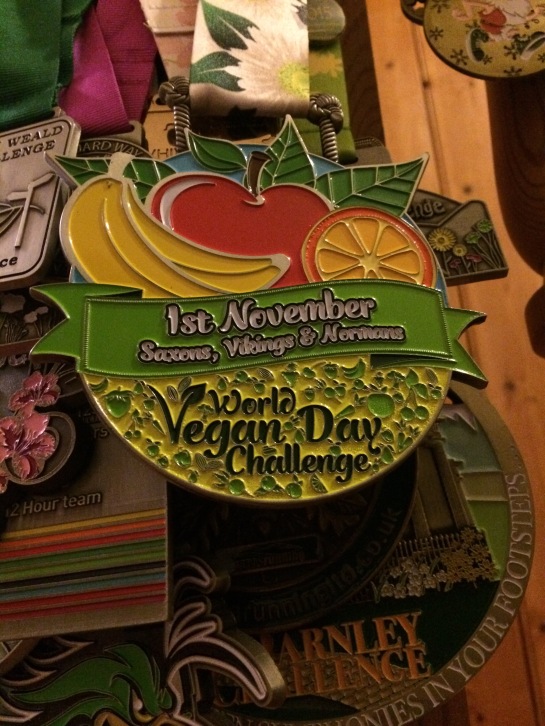 Traviss passed over another neck breaker of a medal, quite a cheery one in the midst, or perhaps that should be mist, of November gloom and a delightful vegan goody bag.

Things worth noting?
As always Ranscombe was a fun filled ride, full of up, full of down and hardly any flat. There are some lovely views at Ranscombe and no two runs are ever the same.

The lovely SVN team and volunteers are some of the best people around to bring you a great event experience. I really wasn’t up to pushing myself round the course but thanks to everyone there, be they manning the checkpoint or the treat table I managed to get beyond my pitiful ability. So thank you.

As mentioned, another stonking medal to add to my haul and it has already assumed pride of place at the front of my collection.

And finally… thanks to the other competitors – you were all marvellous, whether I chatted to you or not – I really enjoyed the experience and the Vegan Challenge brought out lots of runners I’ve never met before – which was delightful. 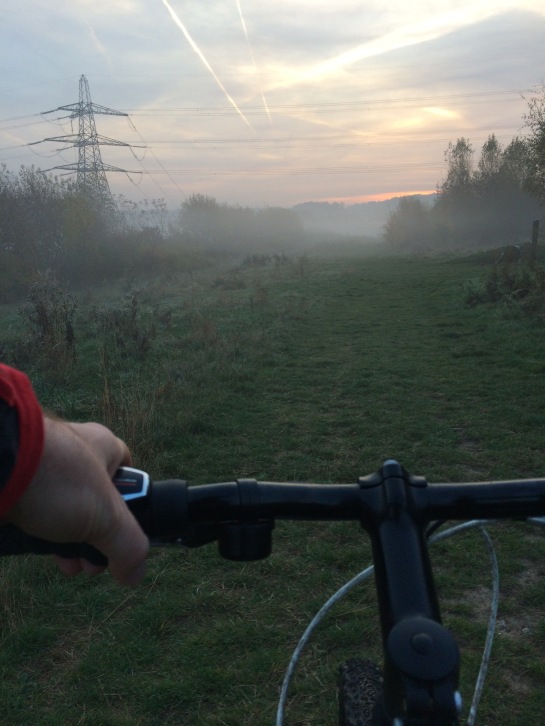 Epilogue
It’s not often I write a ‘what happened next’ but my 13 mile cycle home hurt like hell and felt like it took forever and day – up and downhills and into an unpleasant headwind(y) moist feeling – which attacked my already cooled down body. If you want my advice think carefully before you decide not to get the train home 🙂

And absolutely finally – my calf did hold up to the running but the cycle appears to have kicked off some relatively minor pain in a new place in my calf that I’m hoping will abate in a few days – keep your fingers crossed for me.