Friday had been a hectic day for reasons that I shan’t go into on a public forum, it had been a 4.30am start and I was tired by the time I got home (around 8.45pm). The problem was I had done no preparation for the Ranscombe Challenge, no kit ready, no food ready, nothing.

I fumbled in the running wardrobe at about 10.30pm quickly grabbed an old pair of OMM 0.5 flash tights, some Salomon Exo compression tights, a favourite Eco top from the Snowdonia Marathon and a couple of other bits – I threw two fun size twix bars into my Oxsitis pack and I was done.

At midnight though UltraBaby had things to say that just wouldn’t wait but thankfully The GingaNinja dealt with her queries.

Anyway, race morning came and #UltraTeam took the relatively short trip to the Ranscombe Farm, a beautiful part of the Kentish countryside with great views in all directions (well except the bit next to Eurostar). I was being dropped off with the plan that my progress would be regularly checked to ensure that I wasn’t over doing it or worse ‘running injured’.

I rocked up the hill to the start point and waved a cheery good morning to the ever fantastic Rachel and Traviss – making sure I congratulated Rachel on her brilliant performance at TransGC. These two guys really never cease to amaze with how much energy, enthusiasm and personal care goes into their events and that started with their generous and warm welcome to raceday. I grabbed my number, put my   ‘Drop bag’ on the tarpaulin and then started nattering away to some of the runners, Steve, Mel, Clive and many more – some of whom I’d ‘met’ just the day before on Twitter.

With a few minutes to go Rachel called the rabble of runners to order and gave us our instructions and we all able to the line up. Perhaps that’s what I like about these – the gentle, no pressure nature – though I did disappear to the back.

As the race started I cracked open the Suunto and headed off – but the pace was a bit slower than I’d imagined at the back so I wiggled forward a bit and set myself out at a reasonable pace knowing I could slow later. The good news was that the course was dry, weather was crisp and the wind wasn’t too bad either and so I thrust myself up the first minor incline and then hurled myself into the first decline before being faced by what I knew would be the energy sapping hill. 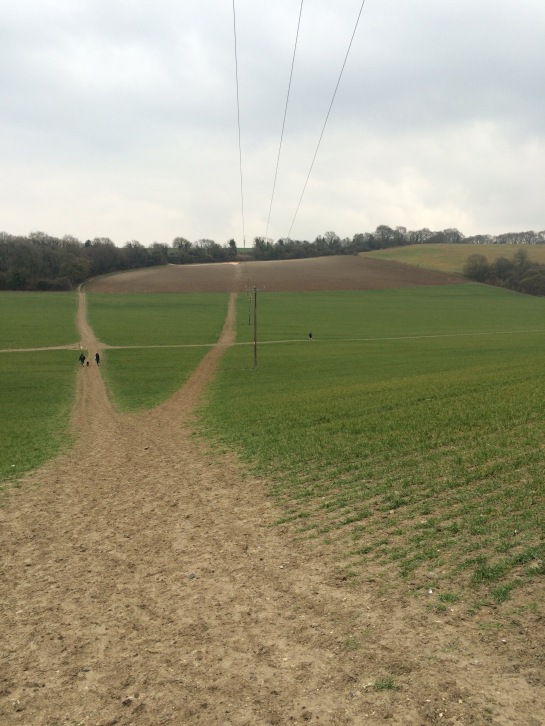 And so it proved – my ascent up the first major hill was slow but not without merit and I managed to keep going without over-exerting. Glad to see the top though I took a few seconds to admire the view of Kent and then set back into my ultra trundle. We were crossing a field with a delightful curvature to it and again I knew this was going to be a bit of a bitch after a few laps. The fun though started here, as you dismounted the hilly camber of the field you were greeted by a heavily ploughed field and a chance to really ‘Bomb it’ and in my new Hoka Challenger ATR that’s exactly what I did.  I hurtled down the ploughed field at full pelt (and would do so many times over). It was a nice test of sure footedness and both the Hoka and I were happy about our performance but as we approached the bottom of the ploughed field it was much more a trudge to the top and for much of the next section which was moist but runnable.

Having never really run here I found each turn hugely exciting and so when I discovered that the second half of each lap was a nice fast downhill I took great pleasure in ‘going for it’.

Of course It remained undulating but here I was able to regain some traction  and push on a bit – leaping from muddy mound to muddy mound and happy in the knowledge I had the grip to do it.

I rolled into the aid station after about 35 minutes or so and stood around conversing and eating. As always at these events the aid stations are a star attraction – a lot of care and effort goes into ensuring we aren’t missing out on cake or fudge or little American chocolates (3 musketeers) and there were Emily’s delicious biscuits – which I ate a shedload of – yummy.

I shan’t go into too much more detail of my race as it was laps but there are some things and people to mention. Clive, doing his 50th marathon looked the mutts nuts as he belted out another brilliant run. Karl, who had to pull up at 5 laps because of injury – I walked back with him the last bit of lap 5 and explained that he had no reason to be dejected. He was a great runner and will be back soon – thanks also to his family who made me laugh several times as I was going round. Elaine who was speed walking the distance and always looked brilliant as we met up at various point on the course. A little mention to Amy who came along to support and ran a lap with me towards the end and hopefully got her competitive running mojo on track for SDW50.

There are a few other brilliant things though that happened here – UltraBaby joined me for my ultra distance lap and enjoyed every single second of it (those of you that follow my Instagram feed will be able to see the video footage). Interestingly despite the weight we ran most of it including the hills and got lots of ‘cutesy’ glances and comments 🙂 annoyingly though I’d had a 25 minute wait for UltraBaby to be ready for her starting role, so this did have an affect on final times. Though I confess that we did give it a bit of riz to the finish line as nothing says ‘hand me that bell’ like a sprint finish. 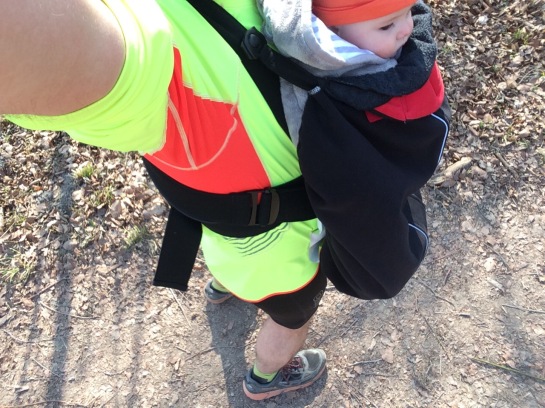 As for day two? That was tough and I’d decided I was only going to do one lap but I ended up doing three laps in the much muddier but probably more fun conditions 🙂 Traviss and Rachel continued with their excellent hosting and offered up the best cake in the land – I think I ate about five pieces. I did run half a lap with beloved hound (who at Fowlmead ran a half marathon distance) but this time he was restricted to just a cameo appearance for the final couple of miles and ThunderPad helped pull UltraBoy up that final hill.

So I ran about 69km this weekend, I’m not too sore and I had a lot of fun.

My thanks go to four truly brilliant people (and one hound) – obviously the GingaNjnja, ThunderPad and UltraBaby but also Traviss and Rachel who do so much for the running community in both events and inspiration. However, we shouldn’t forget the legion of supporters either – especially the lovely ‘band or bell’ ladies who made me smile at every visit to the checkpoint.

If you haven’t done Ranscombe yet then you need to, it’s hard, fun and achievable.

Course The course had hills, it had flat, it had mud, it had views, it had pretty much everything you would want from a  trail run. As we understand it The Ranscombe Challenge is ‘Rachel’s baby’ and she should be congratulated on producing a truly winning course – I loved it so much I’m thinking of the Ranscombe Summer Challenge for my last warm up race before the CCC 10/10

Goodies Don’t get me started! I have come up with a theory that Traviss makes the goody bags so good just so that he can look even better as a runner on the days when he lines up next to us. In my goody bag included beers, matchmakers chocolate, a full chocolate orange, 100 marathon club smarties, mini chocolate orange segments, a kit kat chunky and so much other stuff that I can barely remember it all. The medals are as you can see amazing and I will wear them with pride – you can really see that a Saxons, Normans and Vikings event is an event laden with treasure 10/10

Atmosphere A few weeks back I moaned about the atmosphere at Brands Hatch which had lots of people, at the Ranscombe Challenge there are a lot less people but you really feel the love of it all, the love of the runners, the organisers and the spectators out on the course. To put all of this into context, my partner, The GingaNinja, enjoys coming to these events because they have such a positive vibe to them 10/10

Marshals There aren’t really any out on the course as such but the checkpoint every 4 miles provide a timely intervention if you ever need it (along with some toilets). The cheerful, helpful and smiling marshals were brilliant and seeing Traviss coming towards you as he prowls around the course always inspires you to push on a little bit (and then walk the moment you get out of his visual range). 10/10 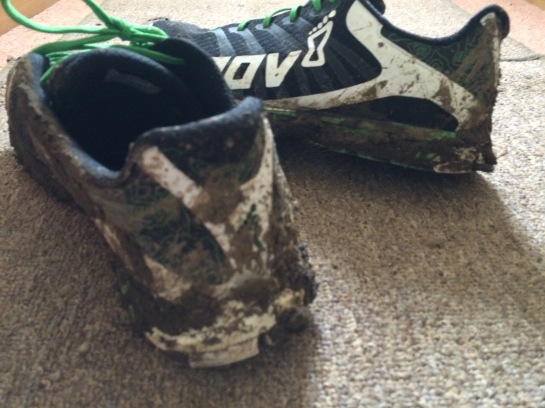 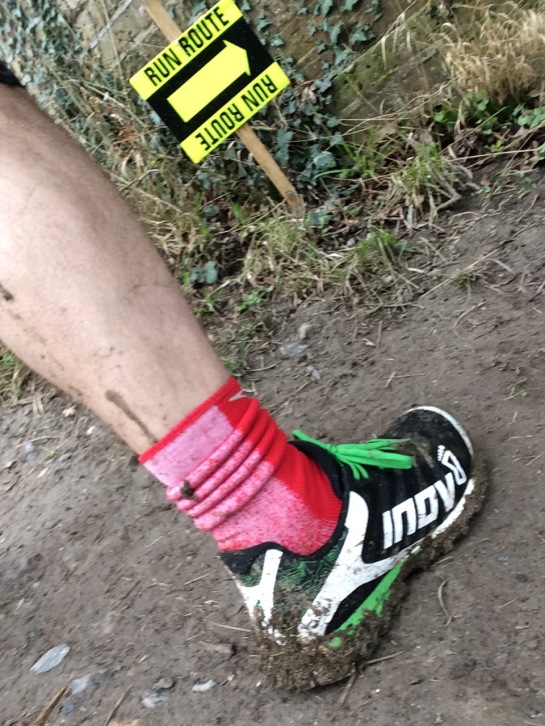 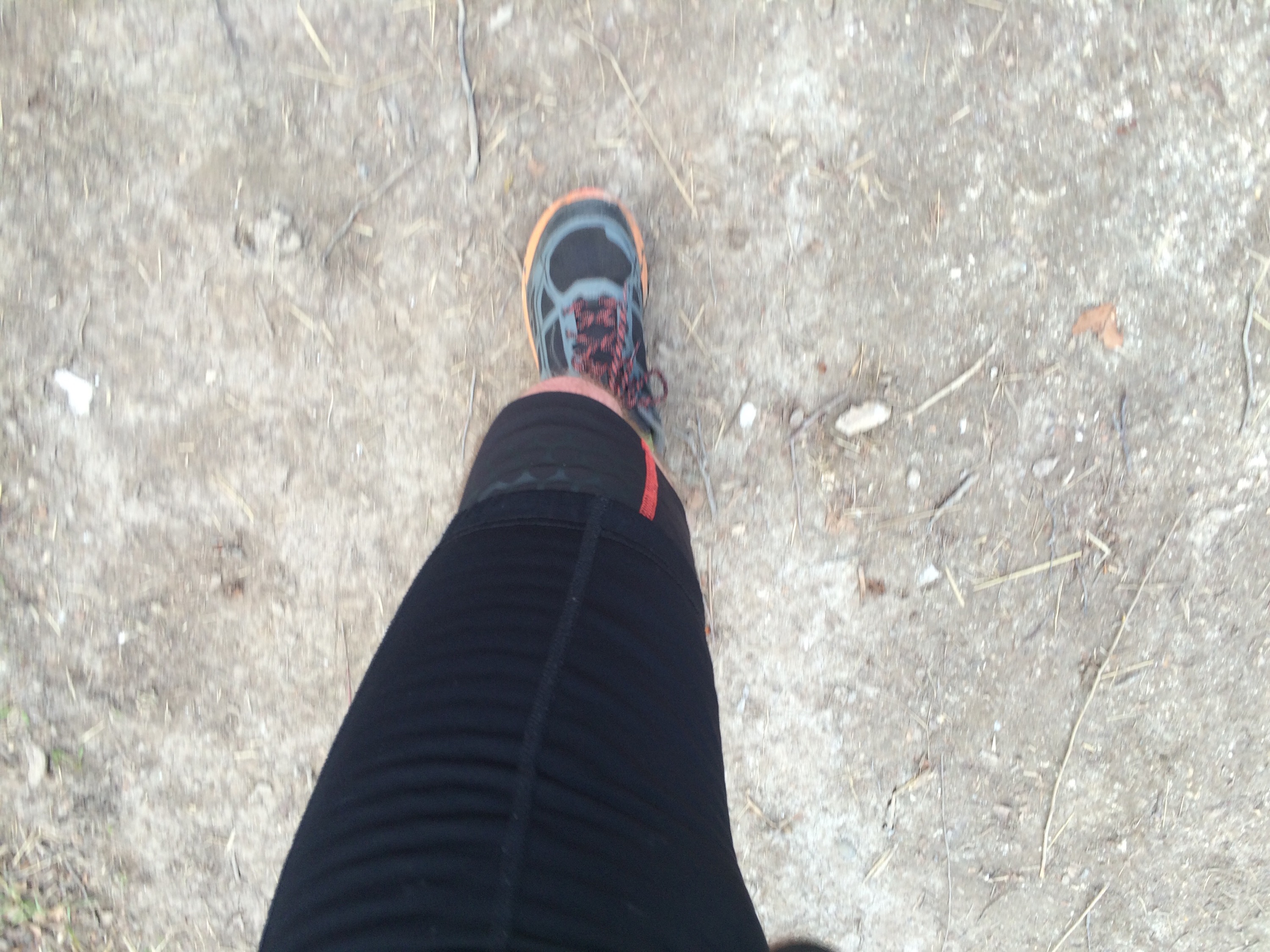 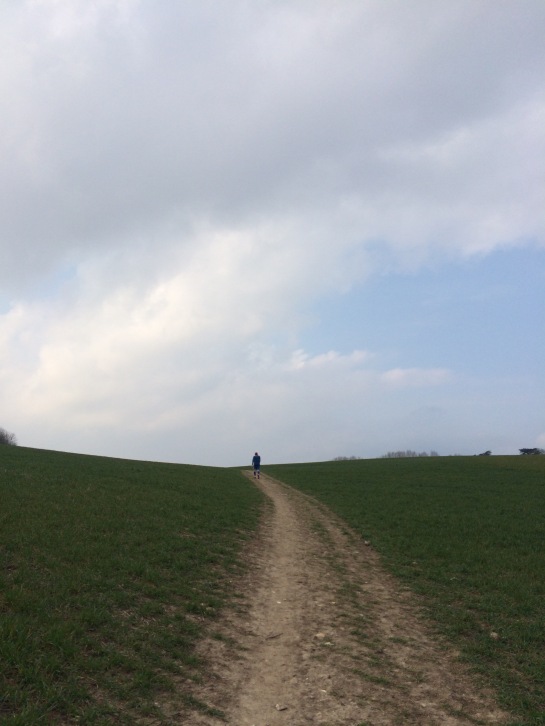