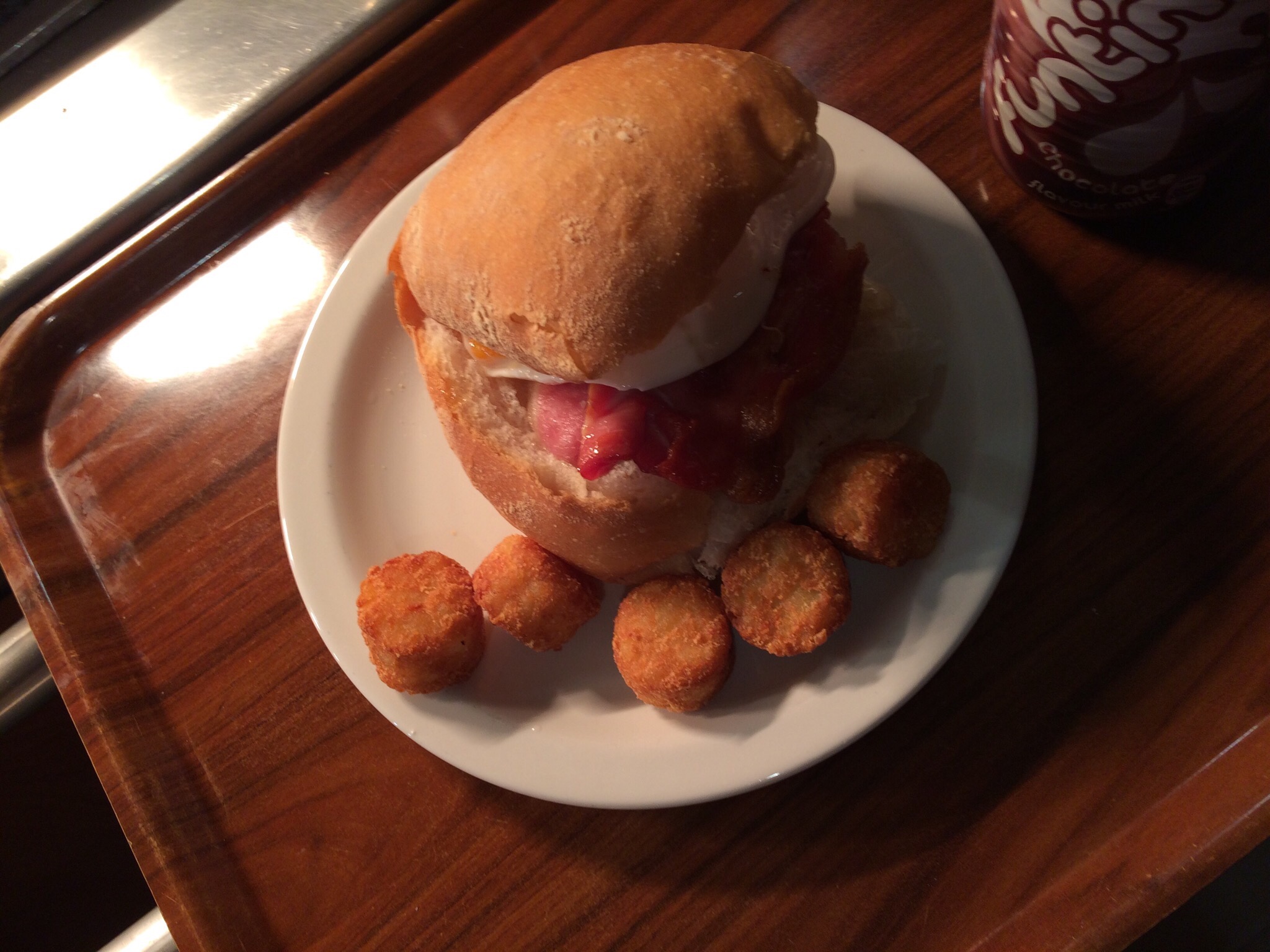 I’m deeply ashamed of myself, the kind of ashamed that makes looking in the mirror difficult, it’ll sound like a very minor thing and with the state of the world as it is then even I realise this is not the end of the world. However, my relationship with food has gotten out of control and I don’t know how to fix it.

I’ve never smoked, I gave up what little drinking I did years ago and I never bothered with drugs despite at times during my life being in the vanguard of the nightclub scene. Food though has always played a hugely destructive part in my life and after turning 40 I’m struggling even more to maintain any control over my urges to over indulge.

I’ve often felt that my addictive nature and need to push has often led me down paths I shouldn’t go but thankfully as life has developed most of these things have fallen into a place that I can manage and retain some control over. But control over my eating habits has never truly improved and I believe I know where it started…

As a child we were quite poor, well very poor and my unemployed, single parent, Liverpudlian mother didn’t have either the desire or the energy to try and help us strive for a better life. This often resulted in reaching the weekend and what little food there had been on a Monday was now extinguished and we would be often have a choice to make between eating and electricity.

To be fair my mother did her best within the choices that she made but it meant that once I was old enough to earn money (I had my first job at 11) then I would use the small amounts of money to share with my mother or to buy delicious treats like Mars Bars – I was a latter day Charlie Bucket but without the charm and songs.

Upon leaving home and heading to university and life I’ve always striven to ensure the one thing that never happens is to find myself in a position similar to the one I found in my childhood. From leaving home I found a security in always ensuring that there was food in the cupboard and therefore I feel conditioned to believe that hunger is bad.

The problem is I’ve never developed a love of what you might consider ‘positive choice’ foods – vegetables, fruit, etc. I’ve always been much more of a ‘ooooo dairy milk? I’ll have 6 please’. I gorge on food because you never know, ‘it might not be there tomorrow’.

What stops me being the size of a bus is the running, it keeps my weight at a relatively manageable level but if I get injured or become too busy to run then not only do I not reduce my intake of food I actually increase it to fill the running shaped hole in my life.

The problem doesn’t show on anyone’s radar either because I’m a secretive eater, I’ll take biscuits and walk into the next room stuffing myself silly or I’ll eat lunch, then a dinner and a second dinner – I’m like a fat hobbit with the amount of food I can get through.

And the sad thing?

This food does not bring me joy, it brings me nothing but sadness and even as the rationale side of me is talking about calories, effect on running, lack of hunger and lack of enjoyment I will still chow down on my fifth Wagon Wheel or third bag of twiglets.

I wish I could blame advertising and the constant bombardment of signs telling us to ‘EAT’ but I’d be lying if I said that was the case – I’ve spent so long in design & marketing that mostly I can switch advertising off in my head – so just how bad would it be for someone who can be swayed by signs exclaiming ‘4 sausage rolls for £1?’

I suppose the positive thing is that I can see the problems I’m facing even if I’m struggling to deal with them and I’m grateful that my daughter has a much more balanced approach to food and she is never allowed to see me in ‘gorging’ mode. Strangely, or perhaps not, the more secretive overeating stops her for seeing me like this and I extol the virtues of healthier foods to her at every opportunity. I think she’s listening.

And so I’m looking for solutions, I’m looking to reduce my sugar to avoid a case of type 2 diabetes and though I’m lucky to be mostly fit and healthy I’m aware that heart conditions, strokes and cancer run heavily through my family at an early age. However, having had every check I can have I seem to be doing all the right things, except for the food and now it’s time I got to grips with that long term.

After several months of limited running, injury, illness and overeating I’m back in the zone, though I’m a bit late I’m mentally if not physically ready to take on the SainteLyon in just over a weeks time and I’m eating less and better. But I need to sustain this through the festive season and out the other side and hopefully overcome my own mental blocks about food.

As a guide this is how I’m going about it

Ultimately I need to have a positive attitude to how I deal with food and ensure I don’t allow my body to become the victim of my lack of willpower.

Right now I’m on it, let’s hope I stay on it and I look forward to hearing your own hints and tips as ever.