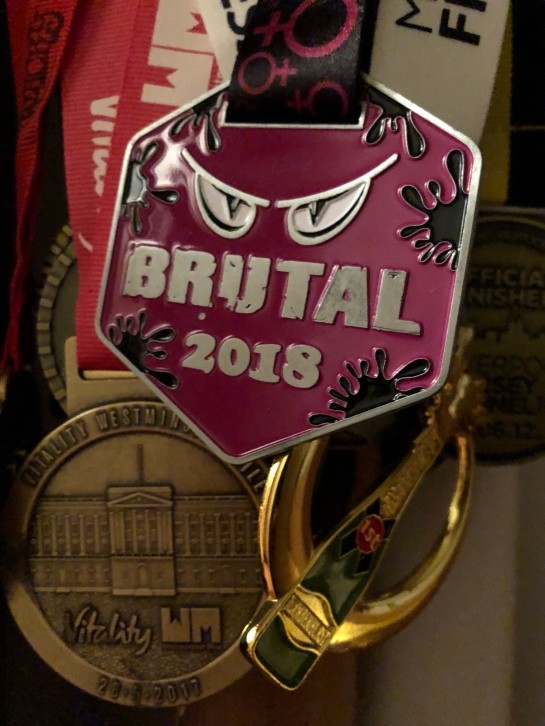 It’s such a cool experience being on the supporting side of a race that I don’t know I haven’t done more of it! ASK and I love shouting, ‘hurry up mummy, we’re cold!’ as incentive to the GingaNinja to get round a bit quicker.

This weekend the Team UltraBoy found themselves at Alice Holt near Guildford for one of the self proclaimed ‘Brutal Runs’. A 5km bimble through some pretty nasty boggy trails and waist high waters. Having recently passed my driving test I decided that I’d do the driving to the event and try and experience what my OH describes as the slightly dull task of being chauffeur and main cheerleader. However, I found the drive to Alice Holt rather pleasant and we parked up nice and early so a toilet stop could be had and a bit of a warm up. 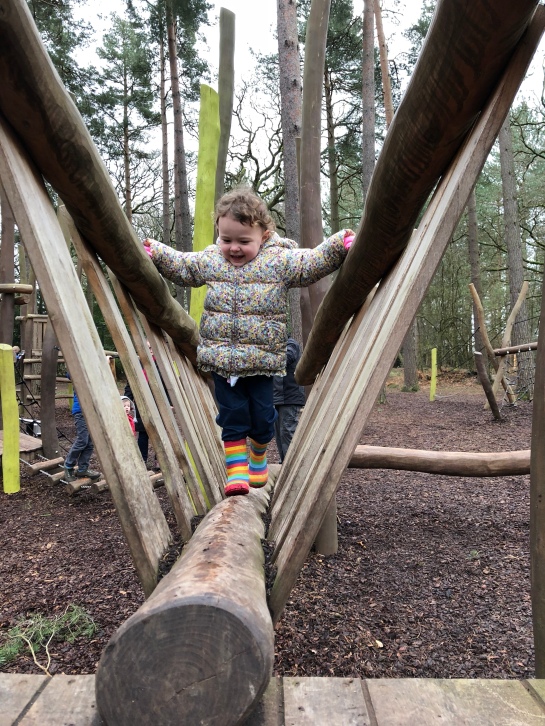 ASK and I ran round the muddy fields, through some of the trails on the Unirider – for a bit of a laugh – spraying muck all over ourselves and found a playground to play on. The GingaNinja meanwhile had collected her number and was waiting for the start.

At about 11, post warm up we all headed to the start line. ASK and I ran to the bottom of the starting hill to get a few photographs. Then they were off. BOOM – 120 women ran past us and as the ginger one ran past us our daughter shouted out with all she could muster, ‘run mummy run, run faster!’. With the race now we’ll underway the child and I jumped beck on the Unirider and headed off into the mud and to find a suitable waiting location.

We took up residence at the 4km marker where we had a clear sight of the runners coming towards us and we could holler support for several hundred metres. It was here I met Joe, from Bournemouth with whom I had a delightful chat about parenting, running , eventing and a life outdoors – he too was awaiting his partner but we took it upon ourselves to cheer the runners as they came round. 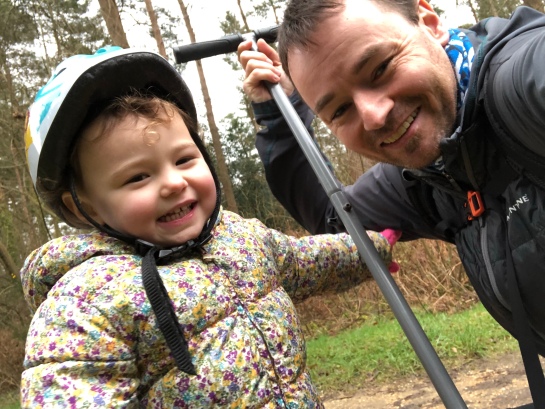 With his other half having passed by he made his way back to the start and we were left to await the arrival of the GingaNinja and we were soon rewarded when I saw her in the distance. I told ASK I’d seen mummy and before the sentence was finished she was already shouting, ‘I can see you, come on mummy!’

She looked in surprisingly good form and cleaner than I imagined she would look as she passed by with less than a kilometre to go. There was lots of waving and cheering from us before we got back on the Unirider and thundered after her. The final ascent was tough going but the runners were pushing themselves and the GingaNinja hurled herself to the top. At the final turn there was a nasty final dip into the waist high water which I didn’t fancy with the child so we flew down the trail to find a shallower crossing and although we managed it we missed the finish at the line by seconds!

However, many hugs were awarded to the quite stinky GingaNinja who really had earned them. Well done.

As for the event, I’d recommended the Brutal Run as I had so enjoyed the Brutal Enduro a year or two back and this event proved just as well organised, just as well supported and just as brutal. The organisers should be very pleased with the events that they put on and the medals are wonderful.

Keep up the good work guys.