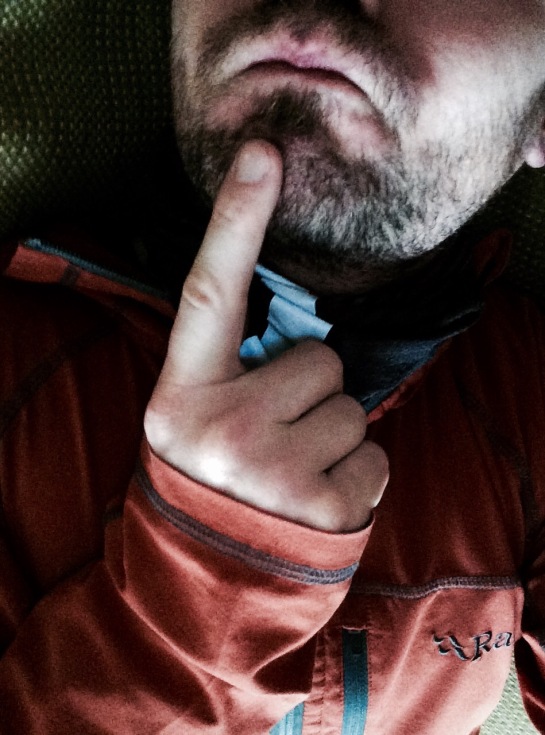 1. With the Green Man Ultra less than two weeks away am I going to need a beard? I somehow feel this is a beardy kind of race.

2. Given I can’t shake my chest infection would I be better off simply DNS-ing rather than risk putting myself through it and making myself more sick? I have a habit or running when I shouldn’t of course.

‘You little fucker’ is what I said to him and then smothered him with all the love I have in my body. I thought the big monster in my life was on his way out and all I knew was that it wasn’t his time.

When I went home last night (Tuesday) the GingaNinja and I looked at each other and simply burst into tears, our much maligned but always loved spaniel wasn’t there – he was in hospital, awaiting his MRI, this was scarier than the time he put the shits up us by pretending he had cancer. But this time he’s been a bit of a pale imitation of himself for a while, however, we put it down to the arrival of UltraBaby, the attempt to integrate another dog into the house and all the general changes our lifestyle has gone through.

When he arrived back from his latest little holiday to Wiltshire I was asked to carry him out of the car and into the house. What then happened was a level of whimpering and whining that I’d never known him to commit to – my heart absolutely sank.

The GingaNinja being a vet knew that something was wrong but being sensible and too emotionally attached called in one of her colleagues and then another to make sure she was making the right choice – referral and an MRI.

The fears that she had were numerous, from slipped disc in his back to a tumour pressing down on his spine. It turns out that (unsurprisingly) he’s not built very well and has some back leg issues and a lack of strength in that region which is causing nerve problems, which in turn have been causing him significant distress.

The doctor told us that it could hopefully be managed with pain relief and a cocktail of drugs and that if we were lucky we could avoid surgery for the time being.

However, my over active Spaniel, now powered by Tramadol amongst other things, is keen not to spend the next six weeks in bed. ThunderPad is keen to be out and about chasing foxes, birds, flies, air … The list goes on but he’s restricted to his bed (or supervised in one room at a time). This is not going to suit him – but he’s alive and he’s okay.

The sad news for me is that he will probably not run long distance with me anymore. Even if his recovery was 100% I’m not sure I’d ever want to risk him over a 20 mile hilly trail run. I suspect he’s going to become a 5km plodder and maybe in the future a ParkRunner and I’ll be happy enough with that. 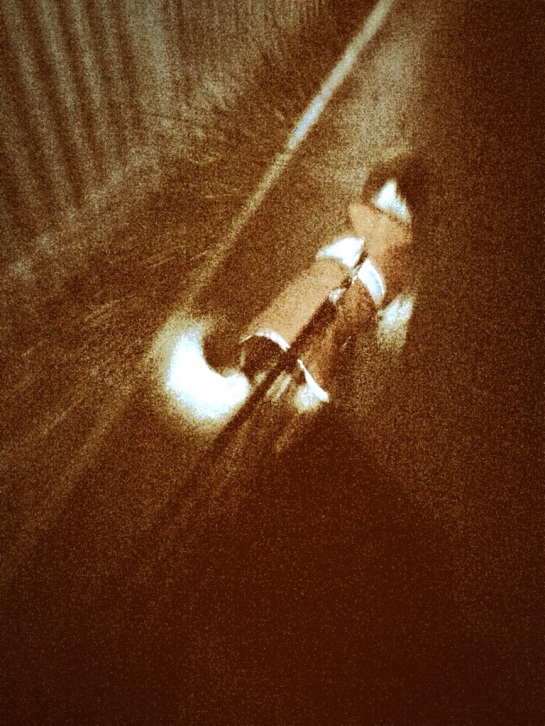 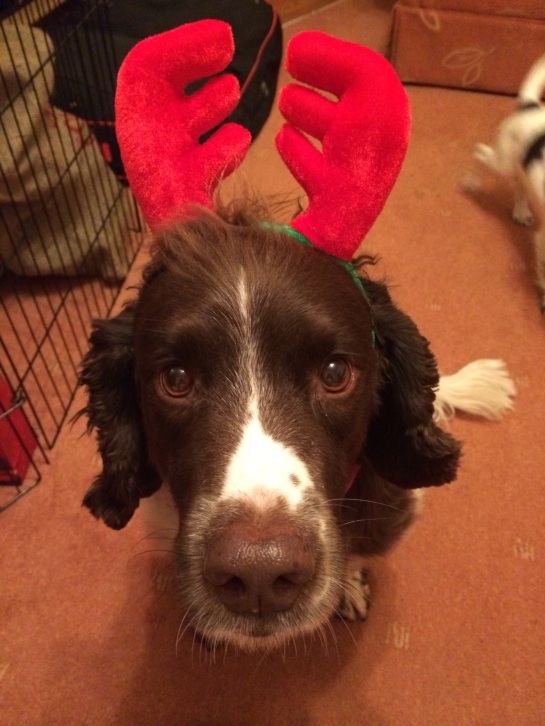 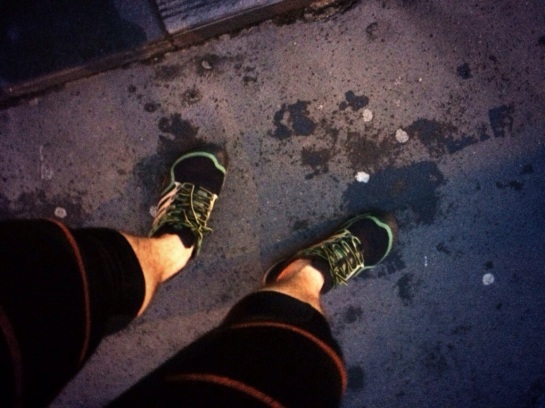 It’s been a little over 30 days since I started my 400km in 30day challenge and it was a horribly hectic period filled with running, cycling, swimming, illness, injury and an unfortunate visit up north. Needless to say I failed in the task but I did manage to turn my disappointment into a number of positives… and here’s the numbers

I walked over 95km. I cycled nearly 130km. I ran over 225km (including the Valentines Challenge 10mile and 10km Virtual run). 7km of breast stroking (I mean swimming!)

However, I was 175km short of my running target but I’ll go again in June and aim for the full 400km.

Next up is the St Peters Way Ultra and I’ve stupidly been running this evening in my Merrell Barefoots without socks and skinned the tops of my feet! Silly bloody me – still it’s Monday they should hopefully be healed by Sunday. As Eric Idle said ‘always look on the bright side of life’, after all it is only running

I’ve been trying to sleep for about 4hrs. I’ve been trying to chuck my guts up for about the past 4hrs. I haven’t been this ill in years and I’ve got a 10 mile Cross Country race on Sunday, my virtual 10km to complete and my 400km in 30 day challenge lies in tatters. Worst of all I feel all my hard work of the past few months is quickly unravelling as my preparations for the St. Peter’s Way look in trouble.

This is not going to be a good Valentines Day because I’m not feeling the love. As proof, see the picture of my sad feet below – that’s right I’m in my retired Newton Distance because I’m sick and feel like a old washed up runner not quite ready to accept the end. So go away Manflu and return to me both my mojo and my superhero costume (I know you stole it you bastard!).