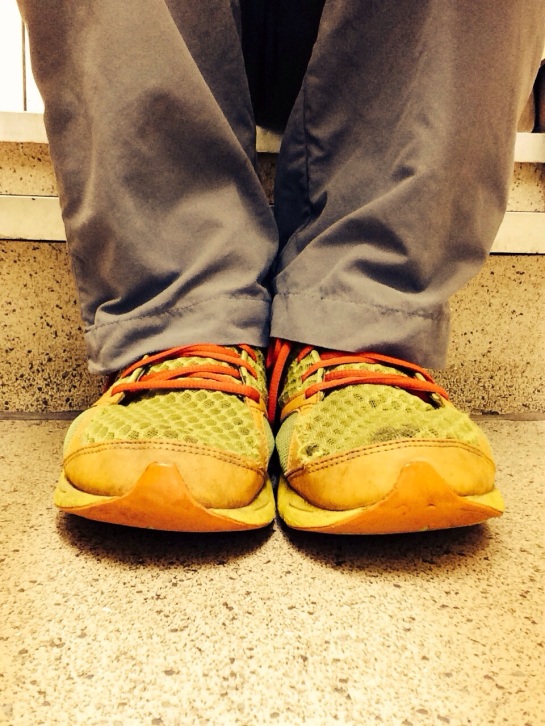 As part of my support of the WNWA96 I will be offering up regular blog posts in the weeks leading up to the event about my training and how I’m coping with the demands of walking a big distance in a relatively short time.

The ultra running community would probably offer up big belly laughs when I say that I’m more nervous about the WNWA96 than I have been about any of the endurance challenges I have attempted so far. I mean let’s look at the facts, I can stop if I want to, get swept up to the next marker and start again once I’m rested a bit further along the course. There will be food, significant stops, beautiful scenery and a team of people who’ll be super supportive doing it – in addition to the support crew who will be keeping the walkers on the road. Why would I be more worried about this than say the Thames Gateway 100 in the torrential rain having done no training?

Well, there is the thought that there is an art to running and there is slightly different art to walking and I’m more geared towards the running…

Training
My walk training will have consisted of about 5 miles a day crossing London as I go from Charing Cross to Regent’s Park and back again. I will have done very little long distance hiking and this isn’t a lack of interest it is simply that I don’t have the time. Now this suggests that I haven’t been training and that is also not true – I’ve been running somewhere in the region of about 250-300km per month since about November and on average about 100km a month over and above my normal daily walking and I’ve got to hope that this fitness will see me through?

Mental Approach
Saying this though I’m treating it very much like an ultra marathon, mentally if I look on this like I’m racing to the finish then I can compartmentalise the 6 mile stages and simply aim for one after the other and my own personal tenacity will ensure that I make it to the finish line at Anfield. This has been my mental approach to almost every race and it has served me well whether I’m doing 5km or 50km. I suppose the challenge will be thinking that each 6 mile stage is likely to take somewhere between 1hr 20 and 2hrs rather than a 6 mile stage taking an hour and the slowing down of things is where ultra running and ultra walking are different.

Getting into the zone with kit
I normally start planning my kit for an ultra about three weeks before a race (because I’m a bit anal like that) and this will be similar, I’m already thinking about footwear and clothing, the difference in the way that my body will warm up and cool down in comparison to an ultra run. I know for almost certain that I’ll walk in shorts because I have a tendency to overheat, I know that I’ll be wearing my Inov8 Trailroc for the most part of the walk but that on standby for when my feet inflate will be my truly knackered but perfect Newton Distance. My Rab merino wool top will be in the bag as will my Montane Minimus because they are always first on my kit list for any winter endurance event. I’ll have my Ultimate Directions pack on my back for the entire event because I’ll want to regulate my own water intake without needing to stop and ask for any (reloading at the checkpoints only) and this has the benefit that I can then be reasonably self sufficient and keep pace with the rest of the crew – but then this is different and it’s very much a team effort and I assume that the team will draw strength from each other and from the reason we are all doing this. There will be no looking on enviously as you’re being overtaken this is about the power and spirit of people, together, to take on a very long journey, physically, mentally and metaphorically.

I suppose the thing to note is that I can only prepare with what I know and what I’m used to, and that readers is ultra marathons. I’m hoping to learn things about myself during this test of endurance and hope to experience new levels of tenacity and to provide support to those that will undoubtedly be needed during the cold of the night or the breaking of a dawn.

The other thing I’d like to get from this, which would be a shared experience with the running is making new friends, people who share endurance goals with you, I’ve found, can often become friends. You learn huge amounts about people as you cover big distances with them – sometimes only very superficial stuff such as their favourite food or next holiday destination – but it starts a bond between people. It’s true that it’s perhaps not as strong as the lifelong friendships we all have, but they are friendships built on endurance and I’ve found these bonds do endure. So that is something very much to look forward to.

Dad
There’s the other fear too – that my dad will actually finish with more miles on the clock than me. If he did, I would never hear the end of it. Yes, my previous post may have described him as inspirational but if he gets the better of me he’ll be intolerable and will spend the formative years of UltraBaby’s life telling it how Grandad beat Ultraboy.

So that’s my update to training and preparation for the WNWA96, basically it’s going okay and this weekend as I prepare for my next event (the Virtual Runner Sport Relief Challenge) I’ll have one eye on my endurance preparation for this event and of course the SDW50.

7 ultra marathons I said, that’ll do for 2014 I said – 460 ultra race miles, that’s enough I argued to myself but in the back of my tiny little mind there was another challenge gnawing at my being. There shouldn’t be of course – the races I’ve already got planned and the races I’ve run would be enough for anyone, add to that we have UltraBaby due later this year and there are the long running variety of ongoing issues with my hips, knees ankle and back.

But, talking to my dad has inspired me to one final push.

2014 marks the 25th anniversary of the Hillsborough football tragedy, I’m not going into the details of this as other people can do it infinitely better than I. But in the last year nearly a quarter of a century after the event, great strides have been made by the families in getting the one thing they all want, the truth about what happened that day.

It is important to note that the hard work that people like my dad and the other families have put in to getting to the truth has been enormous and it is vital to remember the support of so many people has been required to get to this point. My dad felt at this landmark juncture in the story that there needed to be something positive done – to say thank you to all those that had walked even the smallest part of this very long journey.

And so came to life the WNWA96 – or to give it a fuller title the We Never Walked Alone 96 mile walk.

96 miles of walking between Hillborough to Anfield in around 36hrs. I’d like to say that it’s a team of crack commando walkers who are ready to complete this task but it’s not, it is simply dedicated walkers, dedicated supporters and everyday people who want to help say ‘thanks’ but also do something special to ensure at this time we really don’t forget.

It was originally planned that the walk would be done as a group of individuals all completing the 96miles but given the enormity of the task at hand, the actual terrain and the time limit, it was decided to turn into more of a relay. Therefore, most of the walkers will complete as much of the 96miles as possible and then use the sweeper bus to rest and then rejoin at later points.

And this is where I come in…

I have such huge admiration for my dad, yes he’s a campaigner and all round good egg but he is also one of the reasons I run, he was a runner, he was competitive, he helped inspire me to my first marathon and most of all he is my dad and as I launch into fatherhood myself soon I finally realise what a difficult job that has been.

The thing is he’s not as young as the man who has run all those marathons – like London and Bolton Hill – he’s not as quick as he used to be and when I heard all about his trialling of the route from Sheffield to Huddersfield and his description of it as a challenge of champions I knew that I should probably be involved. Given that my dad is also set to become a grandfather for the first time shortly I was keen that he make it through the distance as safely as possible and what better way to ensure that by going along.

I figure that by donning cape and tights once more I’ll not only give myself some excellent preparation for the NDW100 / Winter100 but I’ll also be supporting my dad, the campaign and everyone who has ever dedicated a moment to helping the families. My part is tiny and in truth a bit selfish but my dad is a hero to me and I’d want to support him in something this special and ensure he gets through it to. Funnily though I expect it’ll be a two way street and it’ll be his experience as much as anything that will help me get through this challenge.

On a final note …

This is not a charitable event, it is not raising funds, it is maintaining awareness. The guys who are doing this are all involved for very different reasons but are all united by their desire to maintain the legacy of the 96 who died in 1989 and the need for the truth to come out. They would I am sure welcome your vocal support via Facebook and Twitter and I know that as I am clambering across the hills between Sheffield and Liverpool I will need that vocal support too.

Find out more on Twitter at @25yearsWNWA or at facebook.com/WNWA25years