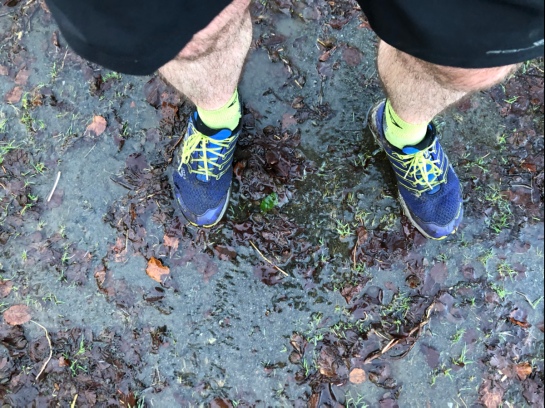 I used to look on at the ultra marathoners who completed the Centurion Running Grandslam with a little bit of jealousy but never fancied doing it myself despite really wanting to test myself in a series.

Well I rather fell out of love with Centurion Running and stopped racing with them – no skin off their noses, they’ve got ultra runners and ultra running wannabies banging down their door to get in to their races. I never felt like it was a community I was comfortable in, now this isn’t to say that Centurion don’t put on good events – they do, really good, but they stopped being for me, a socially awkward introvert.

So, given that Centurion was probably the biggest UK Grandslam in the south of England I probably wasn’t going to get to do a series of races in this format.

Fast forward 5 years and much has changed I’m living in Scotland and a driving licence has been achieved which has brought access to all sorts of lovely new race opportunities including Hardmoors and GB Ultras. Now while the first 18 months here have been about getting settled, buying a new home, etc I’ve become determined that after a rubbish running in 2019 that 2020 would be a year of interesting race opportunities.

And so my road to a grandslam began.

Late in 2019 I came across Ranger Ultras who race in and around the Peak District and they immediately caught my eye. It was after my failure at the Ochil Ultra that I signed up for the Y3P (Yorkshire Three Peaks) that Ranger Ultras put on. However,  it turned out that injury and illness would conspire against me and so on the day before the race I pulled out.

However, the description of their event intrigued me and there was something rather ‘old school’ about them that I really liked.

I put them on my ‘must look into for 2020’ list of race providers, though by this time 2020 was pretty well formed with 5 or 6 ultra marathons already booked in. But I figured I’d like to go back and give the Yorkshire Three Peaks a bash given I’d missed it just a few weeks earlier.

Roll forward to the start of this year and there are positives starting to show themselves – I’ve been running a bit (woohoo), I’ve finished four races of which two were 50km each – not bad for a bloke, who if he were a building would be described as condemned or at the very least dilapidated. I kept sourcing new events to do this year and interestingly kept managing to squeeze them in – but not in the months that had the races of the inaugural Ranger Ultras Grandslam. Hmmmm.

In my head I began working out the logistics – the Peak District is a reasonable distance from Scotland and with a large family trip to Canada this year I  wouldn’t have oodles of annual leave to use up in travelling to and from events.

The races needed to be of a distance that I could travel down to after work on a Friday night and still be fresh enough come Saturday morning to race – as criteria that precludes anything over about 60 miles.

Thankfully the first race was 57km along the Pennine Bridleway – a perfect distance as I look to build up again, a perfect time of year as it should be rather windy and wet without too much sunshine and with a reasonably generous time allowance it should be both achievable and challenging.

The second and third race are then not until nearer the year end which again works for me (mostly). The Yorkshire Three Peaks takes up October and at 100km will serve as an excellent test of my running in preparation for the year ending Cheviot Goat.

Missing the Y3P last year was a real annoyance as I had entered late in the day and had to pull out even later and I feel that as a runner who has covered a lot of ground across the UK this iconic route should have been done at least once.

Maybe that’s why it is this grandslam over some of the others – The Peak District is a place that is relatively unknown to me, they’re new and I like the challenge of new. I like the adventure of seeing the sun go down on a new horizon, I enjoy the feel of a new ground below my feet though I am confident that by the time I have run the weekend double header of the white and dark peaks at the end of November I will be fully sated and probably and bit angry at The Peaks but I will hopefully feel that I fully adventured there (at least for a little while).

This adventure is very much about continuing my journey to find out who I am and who I want to be.

I moved my life from London so that I would be able to do stuff like this, so that I could fill my boots with things that make me smile and things that can inspire me to consider joining races like The Spine or The Race Across Scotland. I have need to push myself to limit of my physical ability and perhaps more importantly my mental ability – both have which have being a bit lardy over recent years.

I feel that the grandslam will make me work harder and keep my mental endurance on track – vital for both my running and my day-to-day life.

If I do get through the first challenge of the PB57 I will know that I then need to get through, amongst others, the Ultra Scotland and the Loch Ness 360 because these will form the basis of my fitness to take on the rest of the series. Each completion will hopefully build confidence going into the next – the tough times will come if something goes wrong in one of these events as it did last year and I will be working hard to stop one bad event unravelling the rest of the year.

But let’s look for positives…

The bad news is that attempting to scratch the grandslam itch may only make that itch worse – I can feel it. Success here (and by success I mean completing it) will make me want to take a crack at the Hardmoors series of races. However, I have no idea if I will achieve the Ranger Ultras Grandslam, my failure rate suggests that there is a good chance that something will go wrong during at least one of the races but I am hopeful that the risk of missing out on the grandslam finish will push me onward towards some form of glorious end.

Check out Ranger Ultras here and get involved