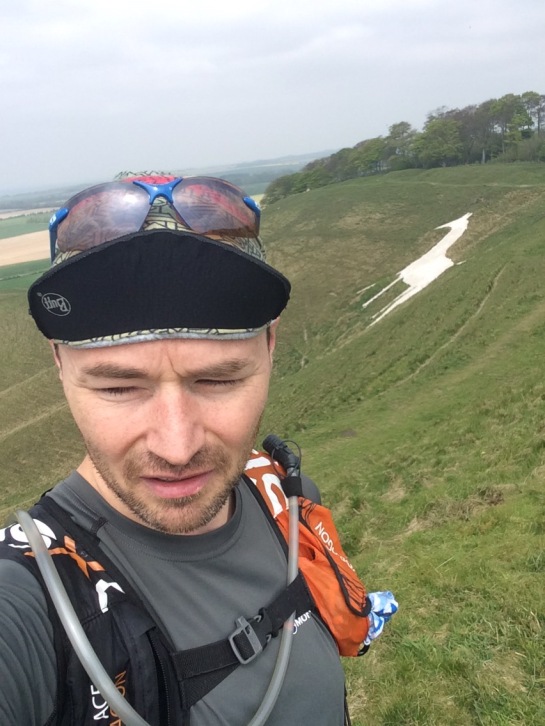 Your favourite races over time will change and a couple of years ago I looked at which events had given me the most joy but since then I’ve run another 50 races and I thought it was about time to refresh the list.

I’ve limited my list to just a single choice and the previous winner if there was one. The thing is though there are lots of great events that didn’t make the number one spot, the Green Man Ultra for example comes a very close second to the SainteLyon while MIUT, UTBCN and Haria Extreme could all easily take the top spot in their respective categories.

At the other end I hate missing out the City of London Mile and the Bewl 15 but hopefully this list provides an interesting read and a starting point for you to find your own favourite races… and you never know maybe one of these races will become your favourite sometime too. 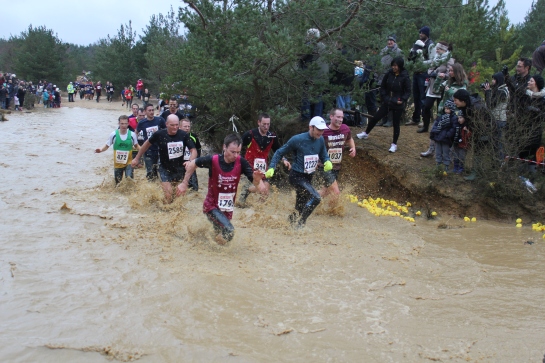 I suppose this remains my favourite OCR run because I don’t really do OCR anymore. However, having done Survival of the Fittest, the Beast in the East, Xtreme Beach and several others (though never a tough mudder) I’d say that this ‘natural’ OCR still has great character and deserves consideration for some end of year fun. Why do this race? mud glorious winter mud.

I’ve completed a number of timed challenges, many of them with SVN who provided the Fowlmead Challenge but without a shadow of a doubt my favourite timed event was the 18hrs I spent running around a truly spectacular route near Fleet to the south west of London. There was something quite magical about the tree lined, up and down, 10km lap that really tested the mettle of the runners – it helps I think that it was a relatively small field, a great atmosphere and a thoughtful organising team. I was somewhat dismayed to note that there was no 2017 edition but I live in hope that this great value event returns because I know I can do much better than I did last time. Why do this race? A truly awesome route that never gets boring no matter how many times you do it!

I’d been trying to run the main Chislehurst Chase 10km for about 4 years when I finally found the time to rock up and hammer out a couple of laps of one of my favourite Kentish routes around Scadbury Park. The unexpected bonus was the children’s 2km fun run which was a nice, tight loop. UltraBaby in her first race to be powered exclusively by her own legs ran well for the first kilometre but then needed some minor cajoling to finish (in a respectable 30 minutes). The huge cheering crowd and the positive atmosphere filled me with joy but also my daughter who only the week before had turned 2. The medal that they placed around her neck remained there all day as she told passers-by of her running success and still she strokes her ‘Chase’ medal when she tells me, ‘my medals are here dad!). Great event! Why do this race? it’s fast, furious and family friendly

I do love Ashton Gate Parkrun – it’s outstandingly good fun and also the starting point for one of my favourite ultra marathons, The Green Man but when I think of the 5km race that brought me most joy then it had to be Xtreme Beach. I’d been injured for quite a long time when this came up and at the last minute I decided to attend the inaugural event near the Bradwell power station in Essex. It turned out that Xtreme Beach was a looped OCR event through the most hideous smelling crap on the planet with ball busting challenges to face on each loop. I settled for a single loop as I didn’t want to disturb my hip injuries too much and by god it was fun! I came out of the filthy waters around the power station in shades of black I wasn’t aware existed and the squelch from my trainers indicated I’d not shirked my responsibility to give it some welly. Lots of fun packed in to that event – I wonder if it’s still going? Hmmm.

The Chislehurst Chase is a double winner from me as the 10km trail race is an easy choice as one of the best 10km races around. The two lap route around Scadbury Park is windy, hilly, muddy, fast and challenging – it demands that you give every inch of yourself as you wend your way round the course and the rewards are pure exhilarating enjoyment. When I lived near Orpington I would regularly run fast laps around the main trail here and thunder up and down the hills with my spaniel but to get a medal for doing it was a lovely added bonus. Why do this race? a tight, twisty and runnable course finished off with a blistering sprint across the track. Outstanding. 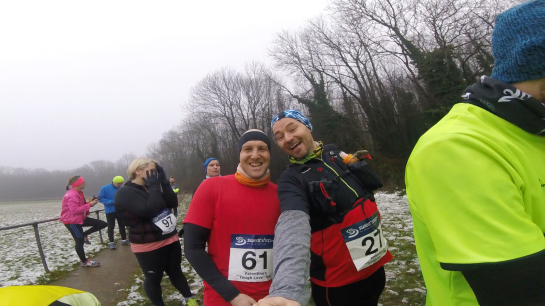 The only thing more fun than the Vigo Valentines Day 10 mile was when they made a few minor course changes and turned it into to the stomach churning, arse clenching Vigo Tough Love 10! This is the Kentish equivalent of a fell race and is both fast and furious while being a proper ball busting grind. The race failed to take place in 2016 but with the support of the Harvel Hash Harriers made a triumphant return in 2017 with a few minor course amendments and a superior sprint to the finish line. There is something magical about this race, in any incarnation, but the 2017 version for me is definitive and I’ll be back for a fourth crack next year! Why do this race? because it’s the best race around and at a mere 10 miles and a cut off of nearly 4 hours – anyone can do it… if they show a bit of tenacity.

The half marathon distance is the one I run the least because it’s the one I enjoy the least. However, that being said I’ve run a dozen and I’ve never found one more exhilarating than the ‘Summer Breeze’ on Wimbledon Common. It was a hot, muddy, slow run with my former colleague HitmanHarris – I was injured and he was steady – it should have been an awful afternoon but actually it was as much fun as I’d hoped for and will make an effort to return in 2018 to this bimble with the Wombles! Why do this race? you’d do this race because it is so far from what you might expect and that’s a really good thing.

My first marathon was in Liverpool in 2012 and while it was a fun it was a busy road marathon and pounding pavement, as I would discover, is not what I enjoy, nor does my body. Roll forward a couple years and the 2016 Vanguard Way Marathon – a race with almost universal approval, small field, beautiful trail route and a delightful medal what’s not to like? Well the VWM takes you on a tour of your own limits, you’re guaranteed to do ‘free miles’ as you get lost, the water may well run out at the checkpoints, it’s the middle of August with large swathes of the route held in a bloody sun trap and there’s a couple of arse quiveringly unpleasant hills to climb! I suppose you’re wondering why I’d say this is my favourite marathon then aren’t you? Well that’s easy, any race that tries to kill you has definitely got your respect. I suppose you can only truly appreciate being alive when you stand a chance of not being and the VWM provided that opportunity by the bucketload. Why do this race: the VWM is the UK version of Dignitas, just with a lower success rate. A tough as old boots marathon and in the August heat can be a real killer. 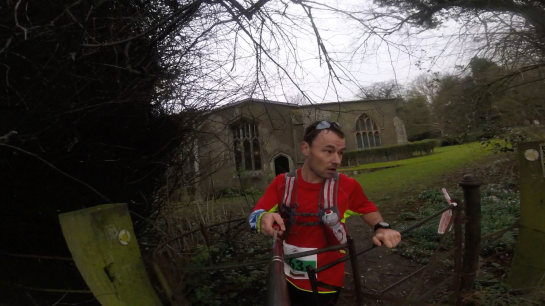 Because I’ve expanded on the race distances I’ve done the 50km category has made itself available for a winner. Thankfully there was a very clear choice in my mind and that was the event that took in some wonderful trails around Amersham and also gave me my first experience of the wonderful XNRG. There was a certain zip and energy that accompanied this friendly, charity fund raising event and it seemed to me that everyone was up for a bit of a bimble. Now it’s true that I was feeling rough as heck for most of the race as my guts tried to force me into a DNF but I held on to record a respectable finish and have lots of lovely chats with some truly awesome. Why do this race? because it’s for charity, because it’s run by XNRG who are amongst the best in the ultra business and because it’s an amazing route. 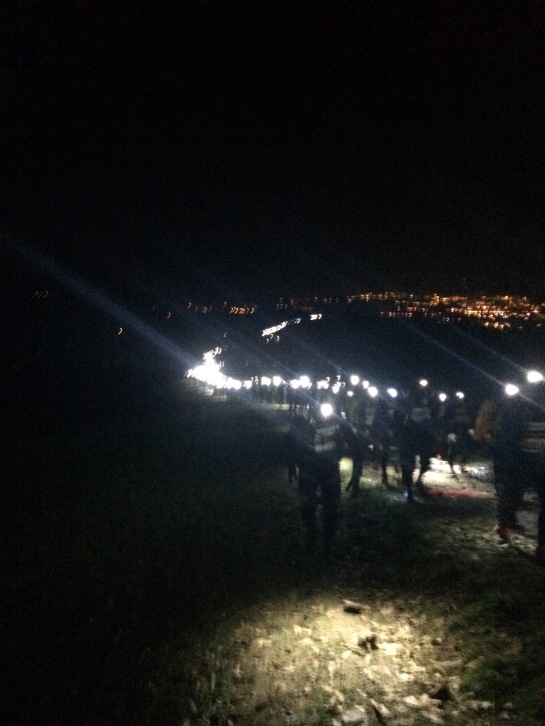 I loved the muddy glory of the St. Peter’s Way in Essex but for me the SainteLyon is both my favourite race in this category and also my favourite ultra. It’s the middle of winter, it’s midnight and there’s 6000 other runners all stood in Saint Etienne ready to launch themselves towards Lyon. It has twinkling headtorches as far as the eye can see, it has French locals out with cow bells cheering you on and it has a truly fast finish as you bound under the illuminated archway! It’s an amazing race and an amazing experience. And if you’re running it in 2017… we’ll I’ll see you there. Why do this race? it is simply unforgettable. 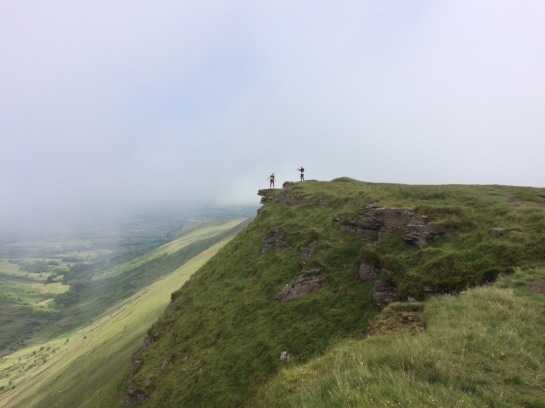 I had no idea that the South Wales 50 would leave such a wonderful mark in my heart and there are lots of reasons for this. The route is compelling and tough, the organisation is top notch and the medal was both excellent and hard earned – however, it’s none of these that make this my favourite race in this category. The real reason is the bond of friendship that drew together the runners – I’d never seen so many quickly formed bonds made. I met Pete and Ryan who I will forever hold in high esteem and have huge respect for (good luck at TDS and RoF guys). Importantly though these type of bonds could be seen all over as people got to know one another on a way I’d never seen before. I would highly recommend the South Wales 50 – but be prepared for a toughie. Why do this race? it’s tough, it’s intimate and it’s great fun. 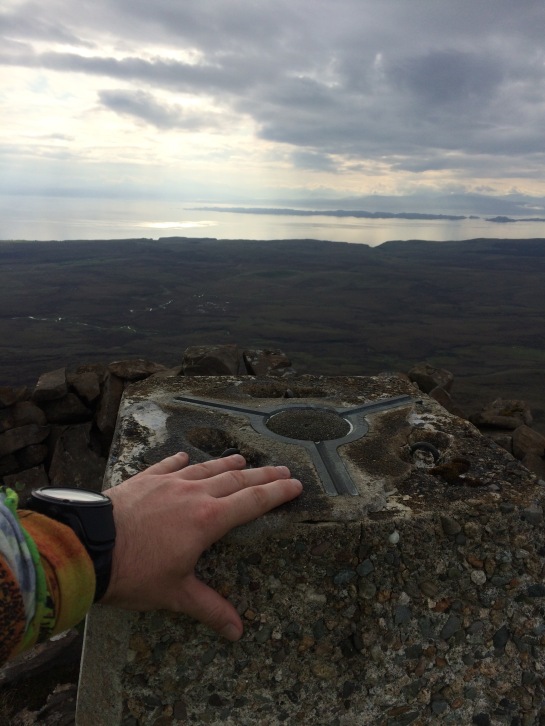 I’ve said many times before that Skye tore me apart, broke me but also gave me one of the greatest race experiences I’ll ever have. Skye showed me ‘I can’ and I made sure I did. This race is as small and as intimate as you like, it’s run by ultra runners for ultra runners and it is tremendously inclusive. But don’t get caught up in admiring too many of the spectacular views because Skye is a ball buster. Enjoy Why do this race? because it’s there and everyone should run Skye.