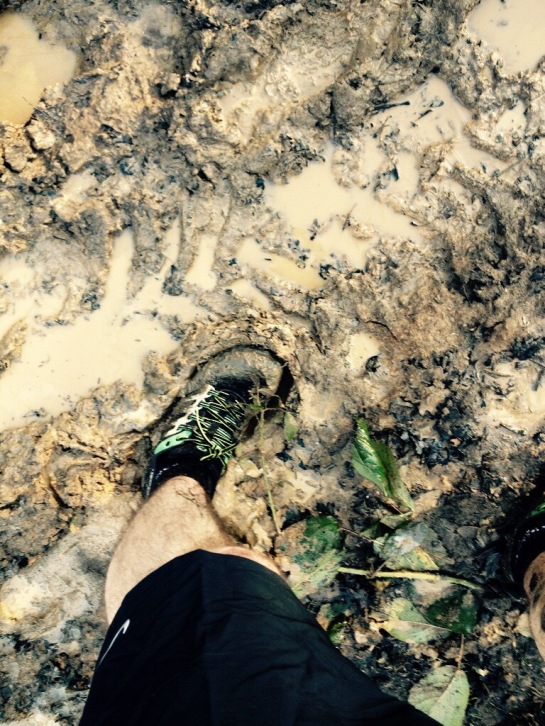 I originally got into ultra running because of my second rejection notification from the London Marathon, I’ve said this before, but what kept me going was the dream that I’d run the UTMB, but today (trapped on a train) that’s not my dream anymore – far from it. The UTMB (and MdS) as we all know is one of those ‘big name’ races, a bit like the London Marathon and it was the RD at Challenge Running who reminded me that you’ve basically got to run three big distance other ultras to qualify for the UTMB – it was then that I saw the logic of looking round for other ultras and not just qualifiers. For me my ultra running adventure is evolving, it’s become about seeing bits of the world and the UK that I otherwise might never, it’s about a quality piece of metal to hang round my neck and it’s about knowing I can do it.

Now it’s true that I’m going to enter the CCC but the criteria seem more forgiving and the distance more fun for a first mountain race. But the truth is if I don’t get in I really want to run both the TRA Ridgeway 84 miler and the Ring of Fire both of which would mean I couldn’t run the UTMB or the CCC. There’s also the Saintelyon which I’ve had my eye on for a couple of years and I’ve been inspired by Cat Simpson and her Atacama Crossing and fancy one of the big desert races, but probably not MdS.

I’m going to be applying my shorter race logic to the longer races – find those little golden nuggets of races because in them you’ll find glorious experiences. Obviously I’m still running qualifiers for Western States, UTMB and all the other ones you need to qualify for but I’m not so sure it’s a given that I’ll do them even if I get in.

Even my marathon running is adopting a similar strategy – I’ve just discovered saxon-shore.com and there you’ll find lots of lovely looping marathons on trails around Kent. They are inexpensive and I suspect (ask me again after this weekend) brilliant. I’m planning on using these marathons as a way to put a serious dent in my assault on the 100 marathons, now there is a dream I haven’t given up on 🙂

So why do you ultra? And has the change in qualification put you off the UTMB? Or would you rather race the smaller more intimate runs? What’s your reason for ultraing?